These Guinness World Record Jugglers are a "Best Bet" for corporate and teambuilding entertainment. 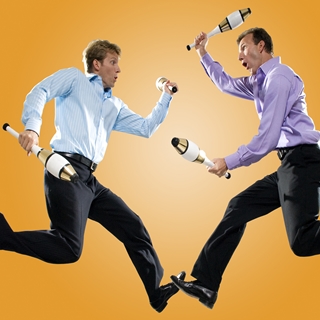 Looking for something different? Something unexpected, unique, fresh? You found it with The Passing Zone! With roaring chainsaws, cheering attendees, flaming torches and knives flying through the air – this is an experience for your audience. Jugglers Owen Morse and John Wee, one of the most successful and sought-after corporate acts working today, deliver a clean act that appeals to all ages and all walks of life. The Passing Zone has performed for big-name clients including Meeting Professionals International (MPI), the National Speakers Association, eBay, Firestone, Old Navy, Microsoft, IBM and many more, including being guest performers at The White House! Known as much for their comedy as for their juggling skills, they have been featured at the Just for Laughs Comedy Festival, opened for comedians including George Carlin, Bob Newhart, Bob Hope and Penn & Teller, and appeared on Comic Strip Live, An Evening at The Improv, MADtv, Penn & Teller’s Sin City Spectacular, Steve Harvey’s Big Time and NBC’s Today.

Named as a “Best Bet” for entertainment by the Wall Street Journal and one of the “Hottest 26 Speakers” by Special Events Magazine, The Passing Zone has also been awarded five Guinness World Records, 18 Gold Medals and the Award of Excellence from the International Juggler’s Association. They are available for corporate entertainment, keynote speaking or “The Juggling Experience” Workshop and can customize their performances –  juggling a company’s product, incorporating their slogans or inspiring groups to be better teams. 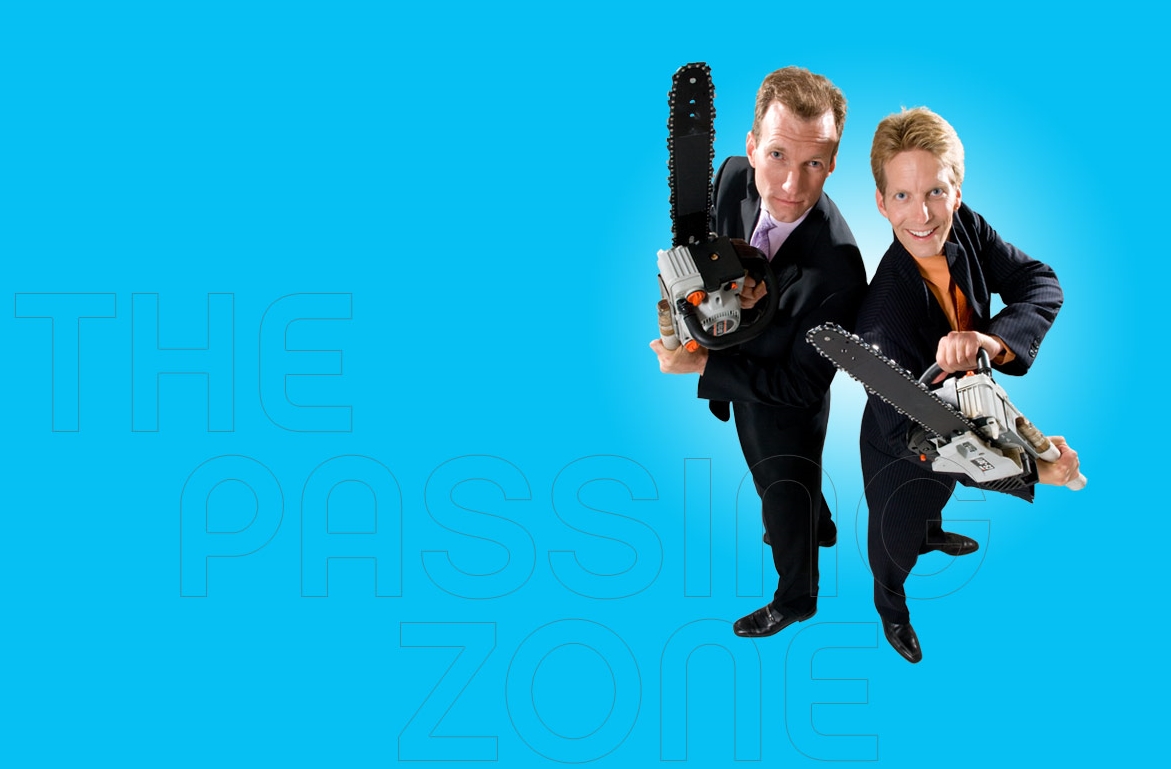 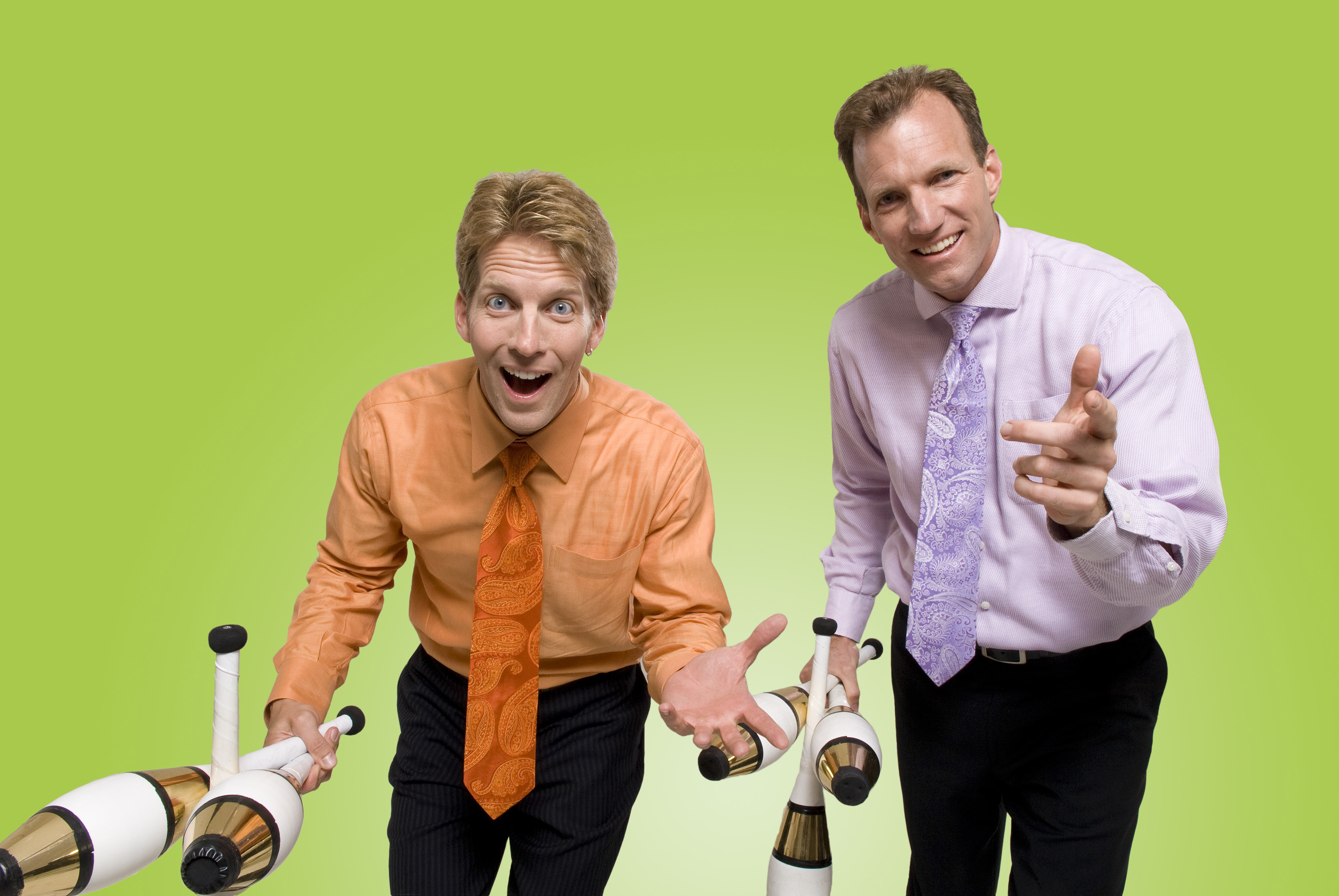 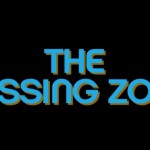 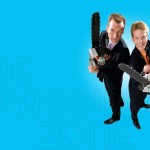 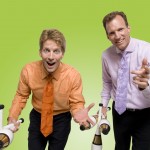