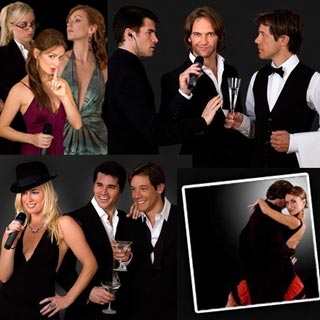 These talented entertainers dazzle audiences with unique, unforgettable and stunning performances. Beautiful harmonies, breathtaking dancing, charisma and visual appeal all prove Incognito singers are world-class, one-of-a-kind and perfect for any event. A variety of show themes are offered featuring 3-6 performers, including:

Divas Incognito is the original female concept in the entertainment industry and involves three sassy and classically trained female performers who are also “incognito” at each event. Like the Tenors, they can masquerade as whatever is relevant to the particular occasion. During the function, they reveal their operatic and contemporary vocal talents, presenting an arrangement of anthem-style “diva” numbers to an unsuspecting and admiring audience, culminating in a show-stopping finish.

Swing Incognito: The evening revolves around a femme fatale nightclub singer Samantha (aka Sammy Davis) and her two “incognito” accomplices Dean and Frank. The show is a stunning mix of popular swing hits, big band classics and the best of the Rat Pack. The act’s climax is a sensational and moving rendition of the immortal My Way, which in true Tenors & Divas Incognito style, guarantees to leave you wanting more! 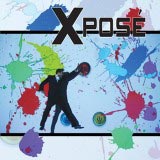 X Posé
BACK TO RESULTS