One of the most popular singing waiters surprise acts in the world. 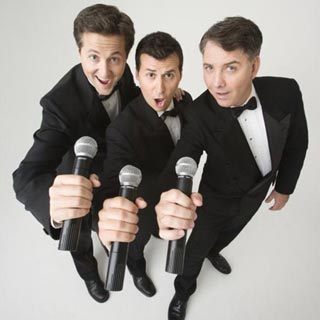 With over 11,000 shows in 85 countries, The Three Waiters is arguably the most popular singing waiters act of its kind for corporate events, fundraisers and private parties! Taking the concept of singing waiters to a new level – adding elements of sophistication, spontaneity, humor and audience interaction – the show includes three talented performers who provide high-quality entertainment made up of some of the best that opera and musical theater has to offer.

Subtly and quietly, the performers will infiltrate your function, dressed like the other waiters working the event and giving the audience no clue as of what is to come. Over a period of time, to the surprise of the guests, an unexpected story unfolds taking the audience through a very amusing, sophisticated show a la The Three Tenors. With a repertoire consisting of famous operatic arias, along with well-known songs from popular musicals, the structure and content of the performance takes away the seriousness often associated with opera and adds an element of fun, spontaneity and surprise. Winner of numerous awards (including being the only act to win “Entertainer of the Year” twice from Event Solutions Magazine), The Three Waiters has proven equally successful with audiences ranging from football players to auto mechanics, opera buffs, high-end corporate executives and Heads of State. 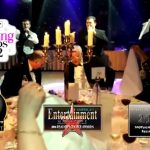