Grammy-nominated, Professional Accordionist who performs across the country and is versatile with his repertoire. 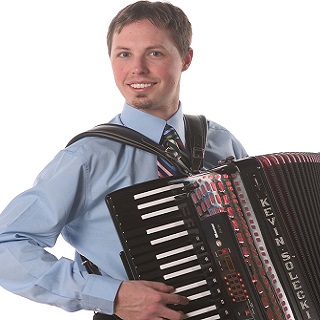 Kevin is a Grammy-nominated musician for his debut album Solecktions, who was personally invited to perform with the renowned Harry Connick Jr. at the historic Heinz Hall in 2013. During Harry’s sold-out show, Kevin performed a few solo songs before accompanying the band for a tune, turning the night into one of Kevin’s most memorable to-date!

This professional accordionist has also been invited to perform at the 7th Annual International Accordion Convention in Las Vegas, the Milwaukee Accordion Club’s 15th Anniversary Concert Series, Mario Tacca’s International Accordion Spectacular Show, along with sold out concerts for the Michigan Accordion Society’s yearly Polkafest Celebrations. Kevin performs solo for corporate events, private parties and more around the country. He is versatile with his repertoire, playing not only Polish melodies to represent his heritage, but also Oktoberfest music, Italian songs, French tunes, Irish music and much more. 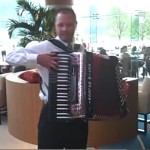